One of the biggest benefits of RVing is making lifelong memories, but like most African Americans, I didn’t grow up RVing or camping. Therefore, I just don’t have those childhood memories or pictures from camping trips. I’m not sad about that. I guess I’ve kind of taken extra joy in taking my own kids to do something I wasn’t exposed to as a kid.
Keith & Tia Sims

With Father’s Day approaching, I decided to take a trip down memory lane and started going through some pictures of my kids. After an hour of looking at pictures I came across one of me as a very young child with my dad, my older brother and sister. We were posed in front of Mammoth Cave.

Unfortunately I don’t have any memory of this trip. I studied the picture for a long time, still no spark in my memory. Then the questions flooded my mind. Did our family possibly go camping when I was a child? What places did we visit? I wondered if I always had this yearning to explore. Was this joy of travel a seed planted in my heart by my mom and dad?  I just had to know more about this picture. I vowed that no matter the answers to my questions, I would take my three little boys back to the same spot and recreate the picture.

I was only 3 years old and personally didn’t recall the details of the picture. So I reached out to my older brother to see if he remembered. When I called him, and asked if he remembered the picture at the cave, he shouted yes! But sadly, he doesn’t have clear memories of the trip either. So I called my older sister (girls tend to remember more details than little boys, right?). Trying a different gender but I encountered the same roadblock. Time to go to the best possible source, our father.  So I called my dad. While he remembered the trip and the cave he told me to call my mother for greater details. Home run! My mother said she would never forget the trip to the cave. My dad was stationed at the Army base in Fort Dix. They took us to the cave to explore the local sites. My mother said, “I gripped your brothers’ hands so tight, I was afraid I would cut off the circulation.”  You see my mother has a strong fear of heights and descending into the cave exasperated that fear. 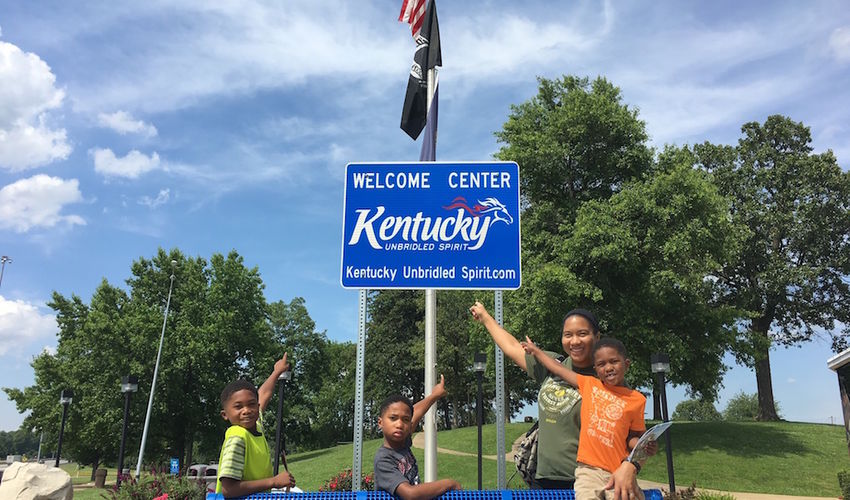 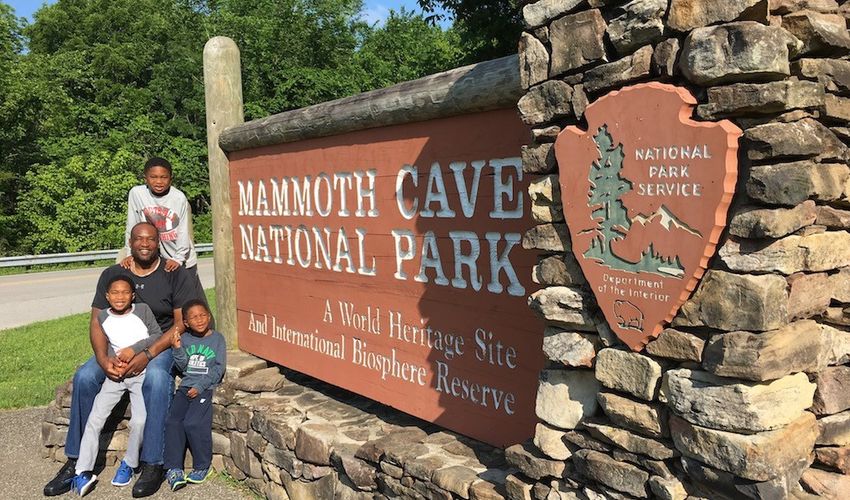 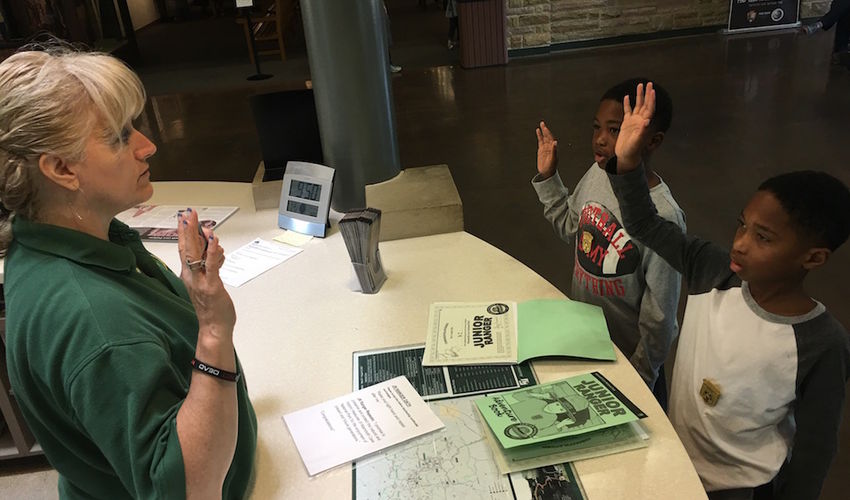 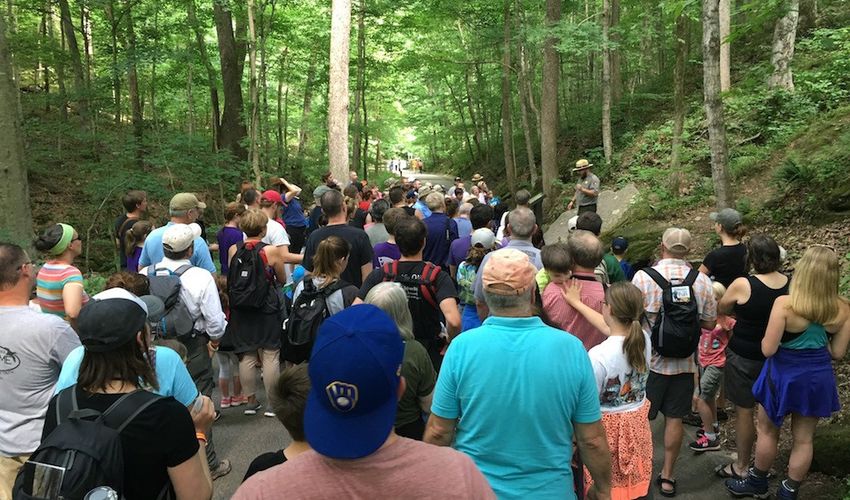 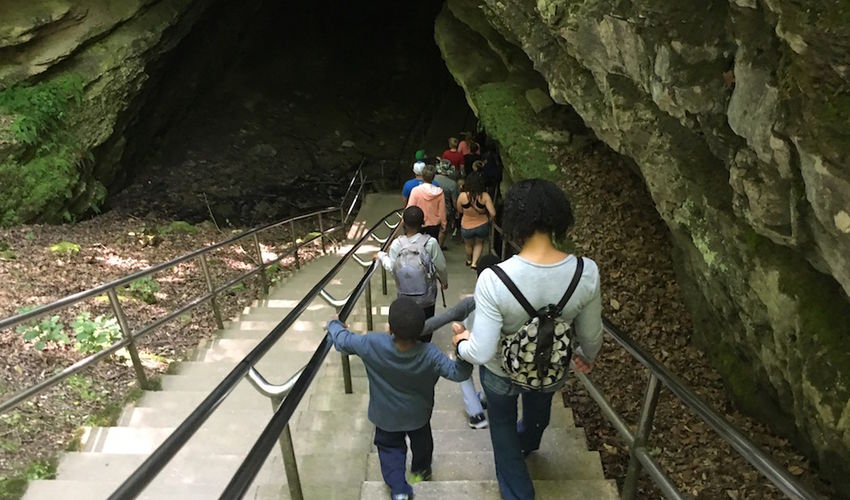 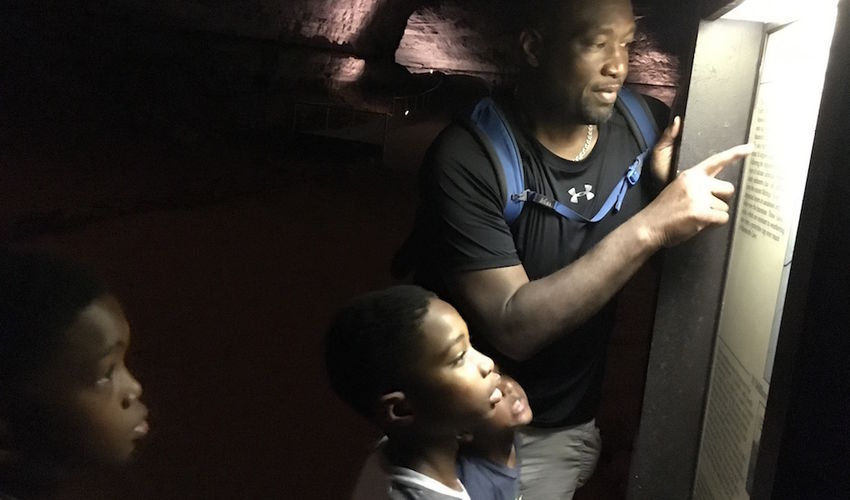 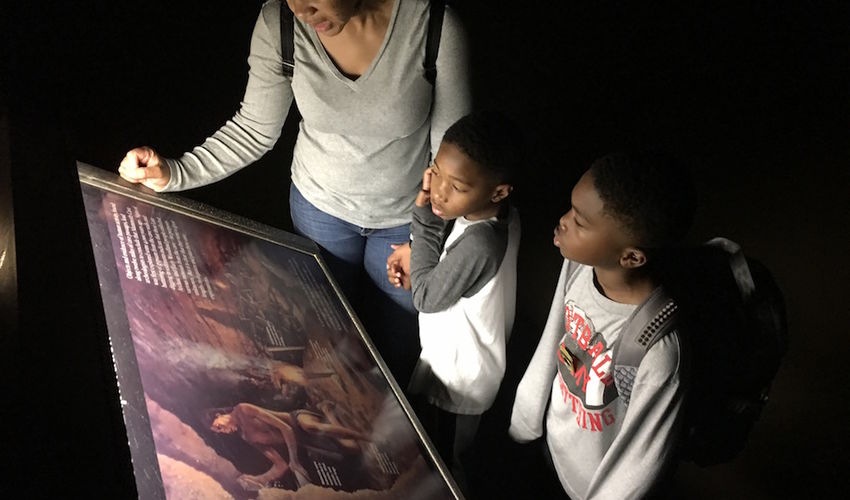 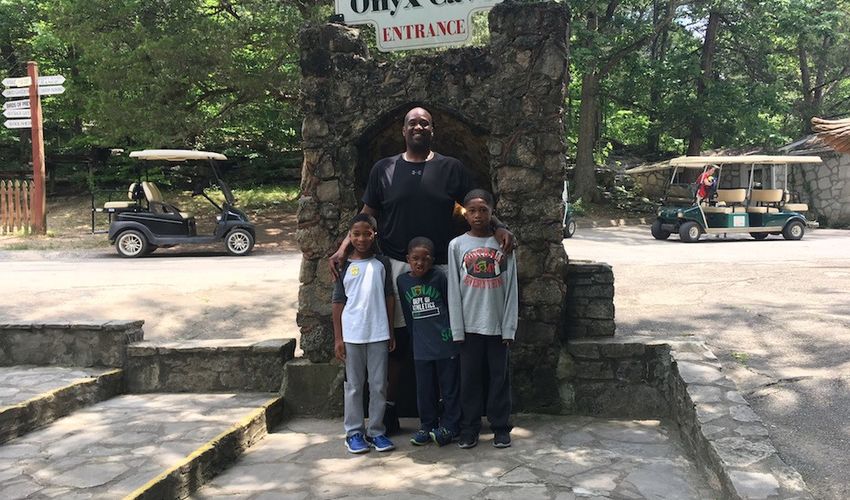 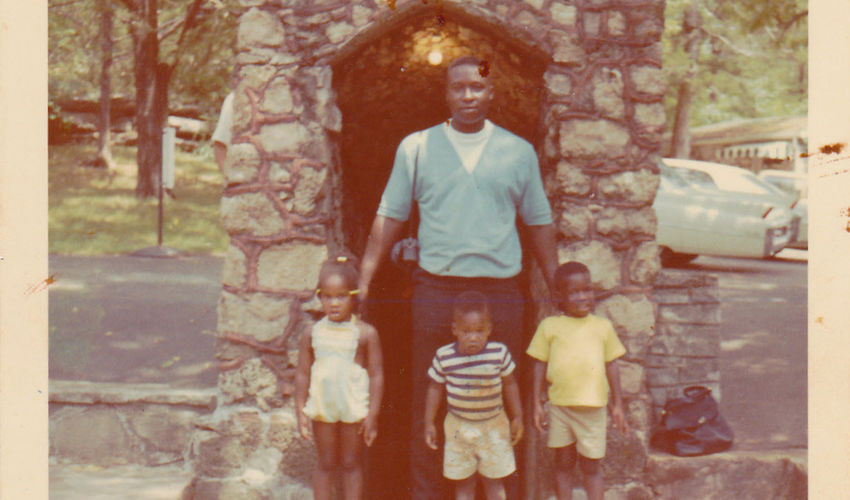 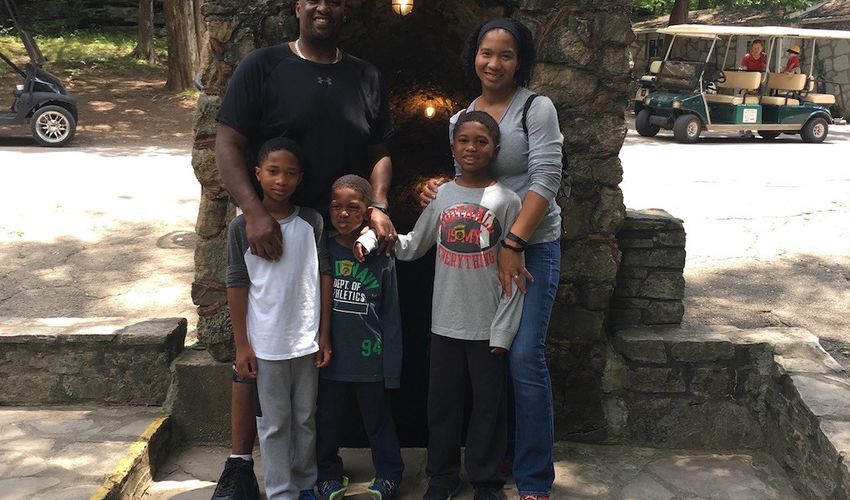 As we made our way to Kentucky, I was filled with a kid sized level anticipation. Would I remember the cave? I even found myself asking (in my head), how soon till we get there?

We settled in that evening after dinner at a local restaurant. I needed a good night’s rest. We had planned a cave visit for the next morning, a 10am tour. I was ready. This wasn’t our first cave experience, but I knew this one was going to be special. We arrived at Mammoth Cave Visitors Center in the morning with plenty of time to spare.

The boys wanted to do the Junior Ranger Program to receive their badges. As they dove into their Junior Ranger packets, I decided to soak in the history of Mammoth Cave.

I began to explore the Visitor Center to see if it sparked any old memories. Would I remember being here when I was three years old? Will a picture or an image trigger a long forgotten memory? Either way this is a win-win situation for me.

The time came for our cave tour and we gathered along with about 60 other excited visitors. As the Ranger began to give the talk about the tour, details about the cave and what the exploration would entail, I grew a bit concerned.

Thankfully the Ranger again cautioned all of us explorers to reconsider if we had health issues such as knee problems or back problems. My wife gave me that look, and fellas you know what that look means. So we decided on the easier self-guided tour. We headed for the cave entrance at the bottom of the stairs.

The drop in temperature went from an outside temp of high 80’s to the interior 54 degrees. This drastic change took our breath away. We all enjoyed exploring the cave, often asking ourselves what it would have been like to be here 100 years before.

We talked about the tremendous contributions of the African American guides to the cave explorations, and even how slaves often walked visitors from all over the world deep into the cave.

After the tour I visited with a Ranger to find out the location of the cave entrance in my photo.  To my dismay, the entrance I was looking for was nowhere near the Mammoth Cave Visitors Center but it was located 16 miles north! Our exploration continued as we hopped in the truck and drove the 16 plus miles. We arrived at Kentucky Down Under Adventure Zoo and I went inside and explained the situation. The people were so nice and I was thrilled to find out that the entrance was indeed there. They changed the name years ago, but recently changed it back to its original name that matched my picture. They even drove us up the steep hill in a golf cart. My heart began to pound as we reached the stone entrance. We exited the golf cart and my boys and I lined up in front of the Mammoth Onyx Cave entrance. A chill went through my spine as I realized that 40 plus years earlier I stood in this exact spot with my own father.

That moment in time will stay with me forever. As we drove away, my wife told our boys that now they have to carry on the tradition and bring their kids to Mammoth Cave.

Happy Father’s Day to my Dad and to all the other fathers out there who are taking the time to make memories with their children.