There are many RV membership clubs out there, like Escapees, Thousand Trails or FMCA. I had a chance to attend a rally of one such membership club you probably have never heard about, NAARVA.
Keith & Tia Sims

NAARVA stands for National African American RV Association. It was founded in 1993 and boasts a membership of more than 1,400 members. African-American RVers face many challenges and NAARVA aims to be a resource to solve some of those issues. I had looked into NAARVA a few years ago when we first started RVing and at that time I didn’t see any young families as members. So I moved on. However, this time I had a chance to find out if we were missing something special.

From the moment I pulled into Gulf Shores State Park, I knew things were different. Typically when we travel as a family in our RV, we are extremely lucky if we aren’t the only African-Americans in the entire campground. As we pulled up, two NAARVA volunteers greeted us. They quickly checked us in and showed us to our site. Throughout the drive to our site we were greeted with smiles and waves from all the other NAARVA campers. Talk about feeling welcome! I had to rub my eyes; it seemed at every site there was another African-American RVer. With over 240 RVs attending this event, NAARVA’s presence was certainly evident.

My wife and I recently attended a FMCA rally and were curious if this rally would be different. Once we were settled in our site, I opened our welcome packet and reviewed the schedule. Surprisingly there was tons of free time. Of course there were 2-3 seminars each day, but only one rally wide dinner. I arrived on a Wednesday; early arrivals were at the campground on Monday. There were light events planned for the first two days and each day featured a full day excursion.

Chapters and why they matter in NAARVA

Our first “official” event was an evening chapter parade. Many of the chapters decorated golf carts in their colors and had a fun parade around the campgrounds. Chapters seem to be the lifeblood of NAARVA. This rally’s host chapter was CARVA or Central Alabama RV Association. Other Southern region chapters in attendance included chapters from GA, MS, TN, TX and FL. While NAARVA’s membership is over 1,400 RVs, that number is nationwide. Think of the chapters as being the spokes of the NAARVA wheel. The chapters provide the members with the ability to gather more frequently and locally. Strong chapters allow the membership to really interact and develop deep relationships. 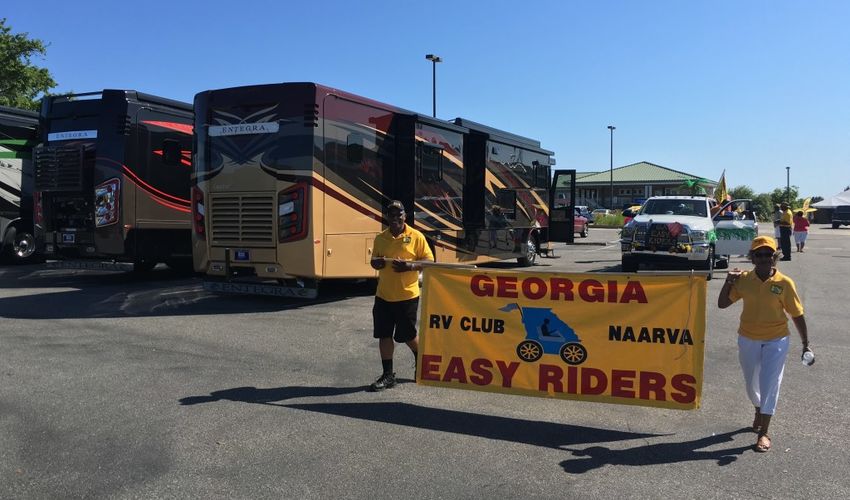 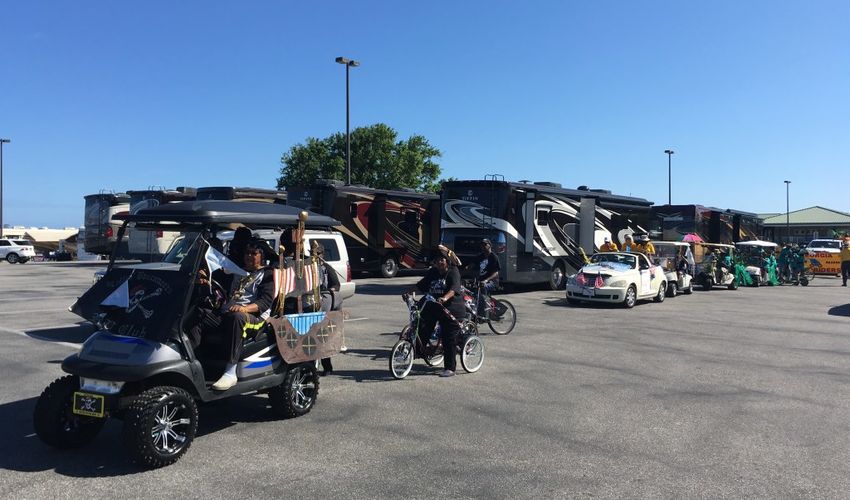 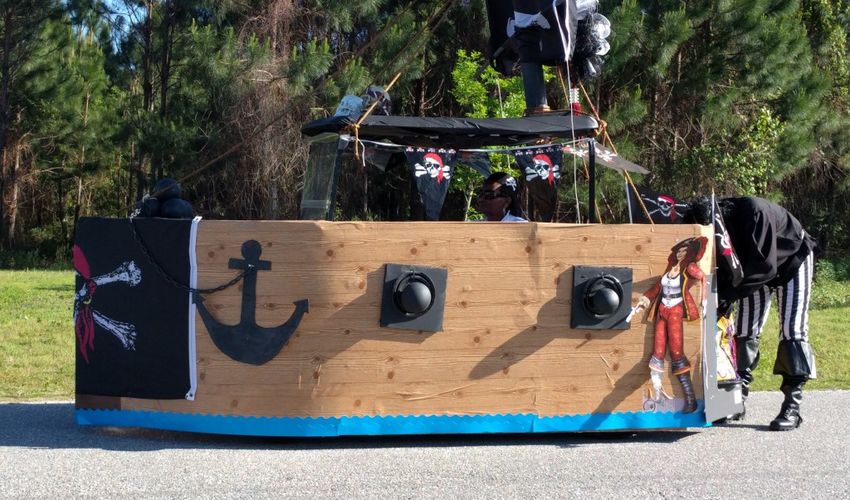 What would a rally be without seminars? And this one did not disappoint. There was a multitude of seminar topics including tire safety, RV maintenance, staying healthy while traveling, and finances. You know I love good seminars, so I made it my priority to check a few out. I attended the Blue Ox seminar on towing and tow bars. We own a Blue Ox tow bar and learned so much in that one hour. No one had ever told me that I needed to service my tow bar annually. In fact Blue Ox was performing services at the rally so I signed up! 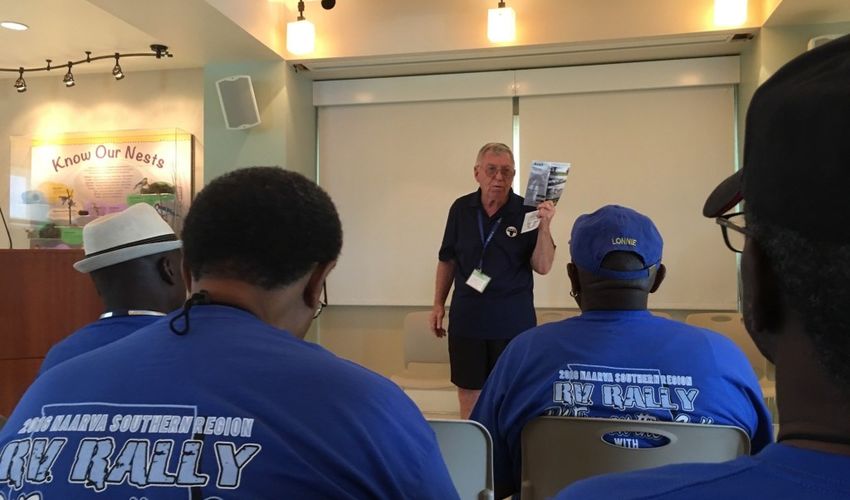 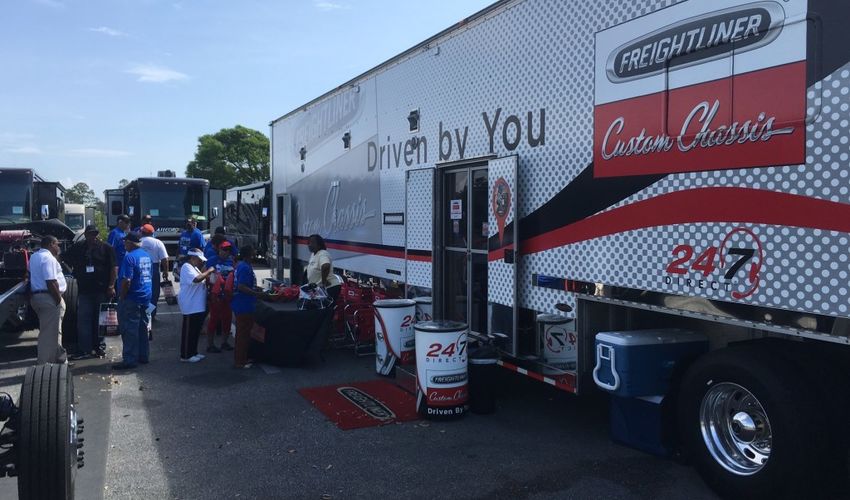 This was a regional rally and the vendor area was lighter than I expected. There were still some well-known companies like Blue Ox, Manga Shade and Freightliner, who brought their mobile chassis display. 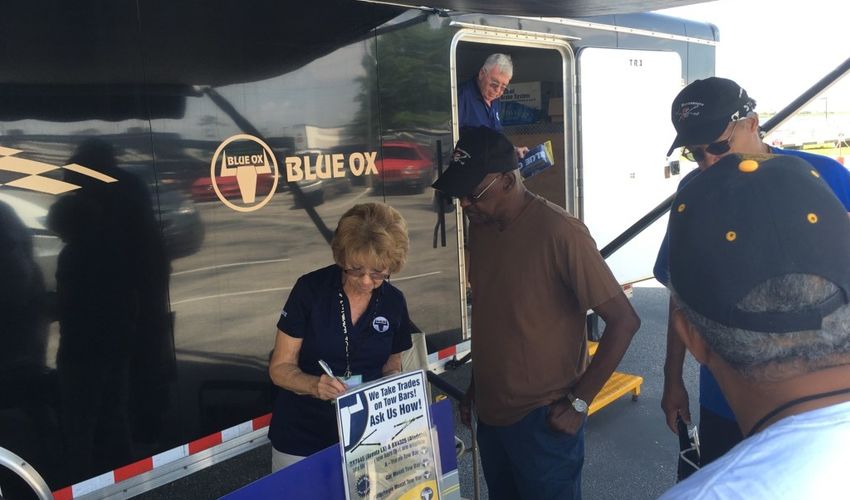 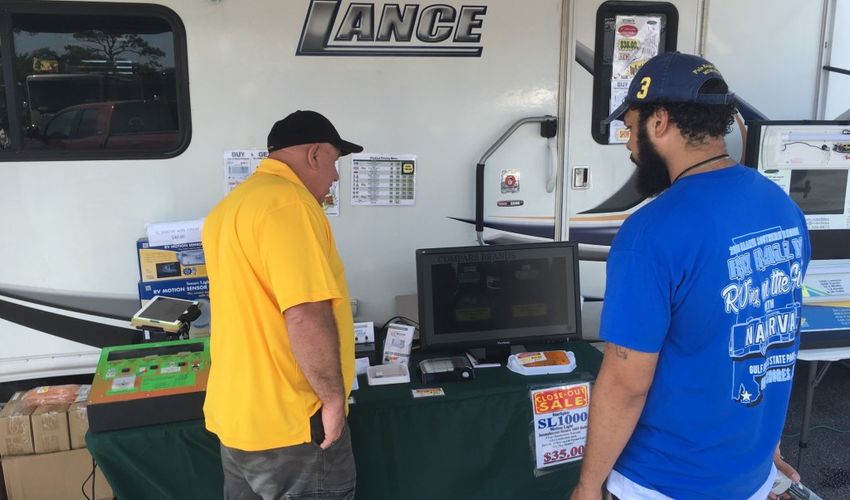 Local RV dealers supplied more than a dozen different RV’s for tours. They brought all the different types of motorized RVs available to view and walk through. Of course they would have been happy to sell a few! 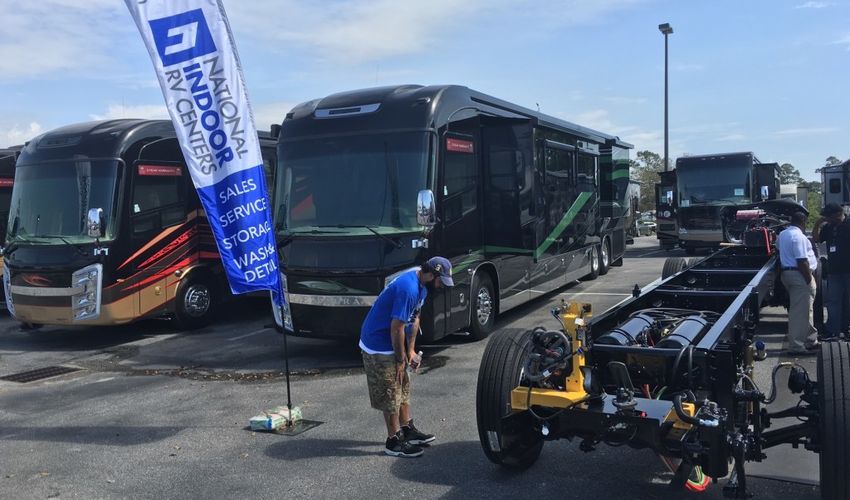 There was a “Dogs and Beer” lunch outing for the guys to get a chance to hang out together. I was blessed to sit at a table with two retired gentlemen. I enjoy seeking the wisdom and experience of my elders. Reggie has been RVing since 1991. His first RV was a Type C and currently has a Type A Winnebago. With nine different RVs in his 25 years RVing, I asked him to tell me a story from his years of RVing experience. He told me that not long ago he pulled into a campground and parked. A white gentleman approached him and asked, “How did he get a job delivering coaches?” This man could not fathom that an African-American owned a Type A. He just assumed that he had to be a RV delivery driver. The story sums up exactly why NAARVA was started and exists today. 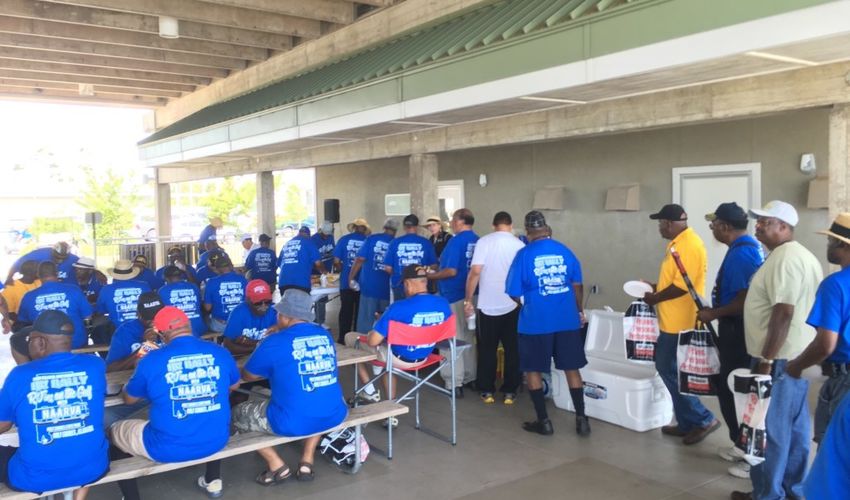 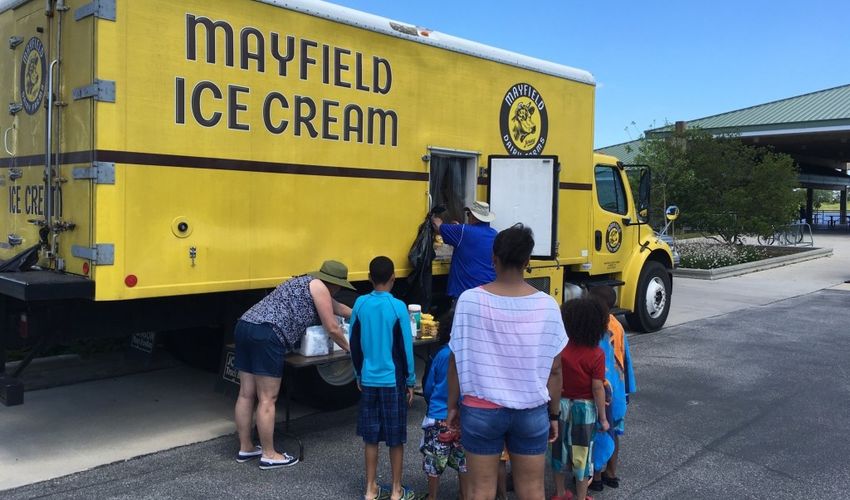 Being at this NAARVA rally was an incredible experience and in many respects a dream come true. Have you ever thought about what it would be like to constantly pull into campgrounds and be the only one of your race? That’s our reality 9 out of 10 trips. For the most part we have experienced first hand the best of campgrounds and their welcoming spirit. But to be at a campground and not be the minority for once, well that was priceless. It was so inspirational to see so many African-American RVers interact, create fellowships, educate each other, and just plain enjoy themselves.

Was everything perfect? No. NAARVA struggles with some of the same issues as most RV clubs. NAARVA’s biggest issue is how to attract and incorporate younger members. We were embraced by NAARVA and even encouraged to start our own chapter to help bring in the younger RVers and families. This was our first NAARVA rally and certainly won’t be out last. 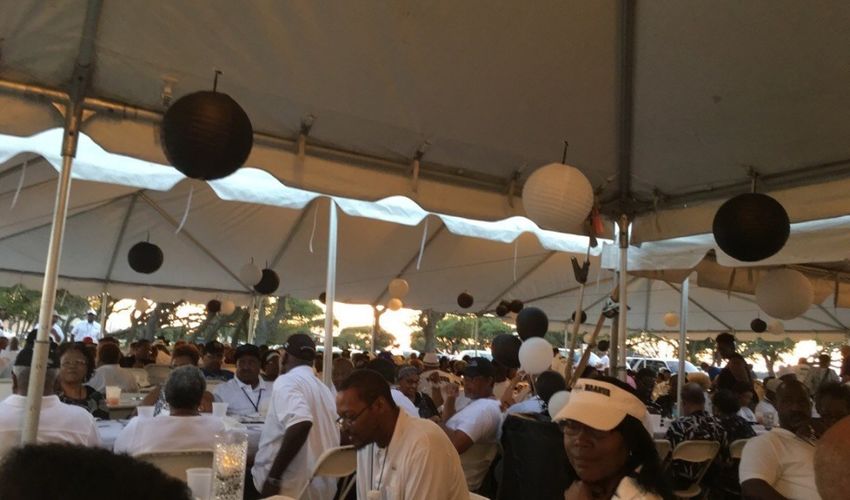 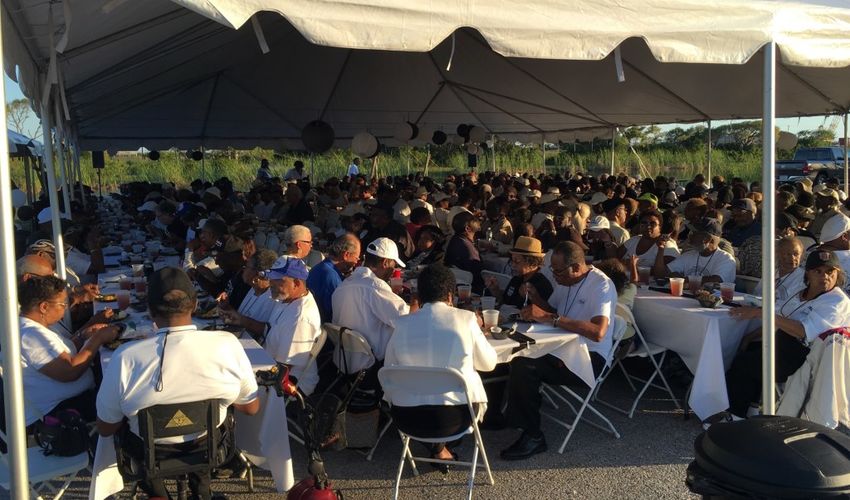